Liberal Democrat councillors concerns over the current poor performance of the ambulance service particularly in rural areas of the county will be debated at council on Wednesday. 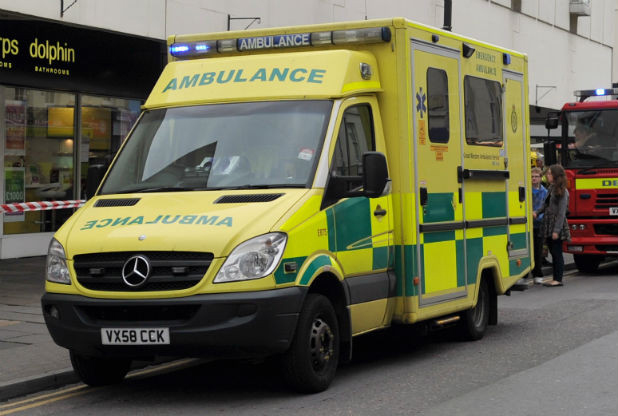 A motion being put forward to next week’s council meeting by the Liberal Democrats will recommend cross-party working in keeping Gloucestershire’s ambulance service fully operational at the centre in Waterwells, Quedgeley.

The South West Ambulance Service Foundation Trust (SWASFT) insists that there will still be a presence at the centre in Waterwells, Quedgeley. The SWASFT which took over the service from the Great Western Ambulance Service (GWAS) back in February is continuing GWAS’s plans in reducing the number of control centres in place across the region.

It is anticipated that 29 members of staff will be re-located from the Tri-Service Centre to a control room out of Gloucestershire with concerns of potential impact on both ambulance response times and on health outcomes.

“The pioneering Tri-Service centre that opened in 2003 has always been highly respected in mobilising ambulances across the county.

“Any changes to any one of our invaluable blue light services that involve staff re-locations outside of the county must be approached with caution.

“The current poor performances in terms of ambulance response times in many areas of the county are of grave concern.

“The big question is will these changes improve performance or actually make things worse for the people of Gloucestershire?”

Cllr. Iain Dobie (LD, Leckhampton & Warden Hill) who will be seconding the motion also said that:

“At the last Health, Community and Care Overview and Scrutiny Committee we were told that one reason for the below-par performance of the service in rural areas was the repeated diversion of ambulances to Bristol and Swindon to support the over stretched ambulances services of these two cities.

"This situation would then be further compounded by out-of-county dispatchers who would go on to redirect Gloucestershire's ambulances to further new incidents in Bristol and Swindon once the original emergencies had been dealt with.

“I personally believe such events would not occur, and that performance rates would improve, if the county had control over its own ambulance service."

The proposal that has been submitted will be debated at the Council Meeting at Shire Hall on Wednesday 20th November at 10am.