“Cutting speed really does save lives”

Liberal Democrats are backing the county’s launch of the ‘Speed Down, Saves Lives’ campaign as part of Brake’s National Road Safety Week which starts on Monday. 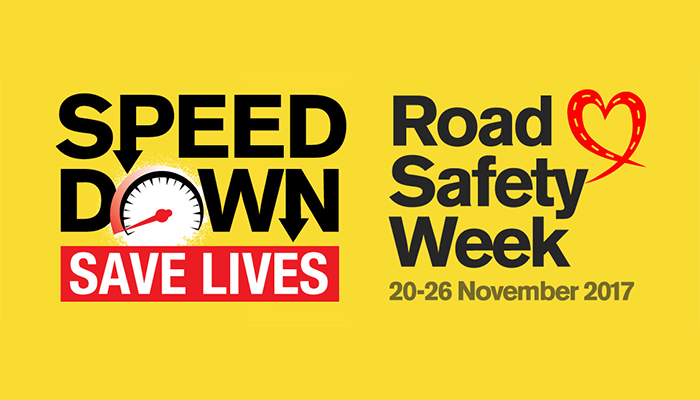 The road safety charity Brake works with communities and organisations across the UK to stop the tragedy of road deaths and injures, make streets and communities safer for everyone, and support people bereaved and seriously injured on roads.

Brake founded Road Safety Week in 1997 as an annual event to raise awareness about road safety and promote steps that everyone can take to stop these needless deaths and injuries year-round. Every year there is a different theme and this year it is ‘Speed Down, Saves Lives’.

Cllr. Hodgkinson (Bourton & Northleach) says that the campaign is all about aiming to achieve an overall reduction in the number of speed related incidents:

“I fully support the work of Brake and this year’s ‘Speed Down, Saves Lives’ campaign. It is tragic to think that every 30 seconds someone, somewhere in the world is killed in a road crash. By the time you’ve read my quote at least two people’s lives would have been tragically taken on the road whether by speed or another cause. Sadly, 7 out of every 10 fatal collisions in our county is happening on A class rural roads.

“Road incidents are happening far too regularly in my own division including the A417. This particular road has a terrible accident history with two people killed and one seriously hurt in a crash less than two weeks ago.

“Brake’s theme for National Road Safety Week this year is very appropriate for our county as speeding is still a major problem in Gloucestershire. We all have a role to play in being more speed aware when driving our own cars as speed really does kill causing untold heartbreak amongst loved ones. Cutting speed really does save lives”

“This year’s launch will focus on a case study of a serious speed related collision that occurred on the A433 resulting to the death of a 19 year old man who had been walking back to Cirencester.

“The faster someone is driving, the less time they have to stop if something unexpected happens. If you kill or seriously injure someone while speeding, you will have to live for the rest of your life with the long-term emotional consequences.

“The ultimate goal of this campaign is to raise enough awareness that drivers think before they speed and thus resulting to a reduction in the number of speed related road traffic injuries. It is better to arrive late in this life than early in the next.

“This campaign has my total backing.”