Gloucestershire Liberal Democrats have today voiced disappointment with the Police and Crime Commissioner in accepting £100K to mount a bid to takeover Gloucestershire’s Fire and Rescue Service. 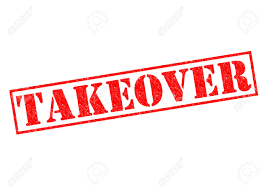 Cllr. Jeremy Hilton (LD: Kingsholm & Wotton) who is the Lib Dem national lead on the fire and rescue service at the Local Government Association is firmly opposed to plans of moving the county’s Fire Service under the control of the Police and Crime Commissioner.

“Gloucestershire Fire & Rescue Service is one of the best if not the best in the country thanks to the good governance by the county council under all political administrations.

“Currently it costs £34 per person to operate the Fire Service in Gloucestershire, one of the best rates in the country.  To change the governance arrangements of such a service would not only be unnecessary but simply reckless.

“It is not compulsory for our Police and Crime Commissioner, Mr. Surl to put in a bid and one that could severely damage the superb collaboration that already exists between the blue light services at the county’s Tri-Service Centre in Quedgeley.

“A recent inspection undertaken by Her Majesty’s Inspectorate of Constabulary (HMIC) and published this month was extremely critical in that Gloucestershire’s Constabulary requires improvement at keeping people safe and reducing crime.

“The report unfavourably went on to say that the county’s force ‘does not use intelligence well to identify threat or risk of harm within its communities, and its problem – solving activity lacks consistency.

“This was a damning inspection report of Mr. Surl’s own force, and it would be highly advisable that he gets his own house in order before unnecessary tampering with a fire & rescue service which is not broke and doesn’t require fixing.”

“There are fundamentally two questions here – one, will transition make it more efficient and less costly to run, and two, will it improve collaboration for better delivery of the service?

“I very much doubt that such a move will satisfy either of these two questions.

“Gloucestershire Fire & Rescue Service is part of the County Council and includes other services such as Emergency Management, Trading Standards, Registrars, Coroners and the Road Safety Partnership.

“The Service is the most cost effective in England and now provides co-responder services to support the ambulance service, targeted work (particularly around dementia), telecare responses (helping to keep people in their own homes) and has led on community resilience (Including Emergency Management and Trading Standards).

“Their biggest role is now around preventative services for adults. It is a service that now does so much more than putting out fires. To change such a valued and effective service would be foolish.”

The Police and Crime Commissioner, Martin Surl, has used the £100K given to him from the Home Office to appoint PA Consultants of Buckingham Palace Road, London to prepare a business case.