“It starts with me”

Councillors in Gloucestershire are backing a campaign to promote healthy living which starts this week.

Councillors in Gloucestershire are backing a campaign to promote healthy living which starts this week. 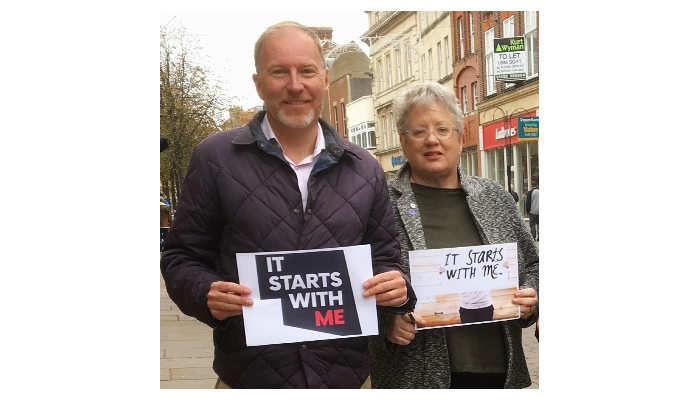 The campaign promotes the importance of regular HIV testing and is co-ordinated by HIV Prevention England (HPE) with support and participation from organisations in the public, statutory and private sectors.

Cllr. Hodgkinson (Bourton & Northleach) says that the campaign is all about being proactive with your own health:

“I fully support the ‘It starts with me’ campaign. Data shows that in 2016 there were 10,268 HIV tests carried out in sexual health clinics in Gloucestershire. The actual number of tests is likely to be higher as this figure does not include all HIV tests carried out in GP surgeries in the county, but it is still only 2% of the estimated 492,000 adult population aged 18 and over living in the county.

“I have personally been tested for HIV in the last couple of months and I would strongly encourage people to be tested too.

“I am pleased that my test results came back negative, but it cannot be underestimated that regular testing is key in diagnosing and treating Sexually Transmitted Infections (STIs) promptly.

“Poor sexual health has a direct impact on an individual’s wellbeing. Many STIs, if left undiagnosed, can lead to severe health complications.

“It is better to be safe than sorry and I would therefore encourage anyone who is sexually active to get tested today.”

“Gloucestershire County Council has responsibility for improving the health of the county’s local population and for providing public health services including sexual health services.

“This includes the testing and prevention of HIV and other sexually transmitted infections (STIs) and the provision of contraception services.

“The ultimate goal of this campaign is to increase regular HIV testing, which has my full support.”