Liberal Democrats have welcomed reports from Network Rail at the recent Environment and Communities Committee that the new Kemble to Swindon dual line will finally go live this September. 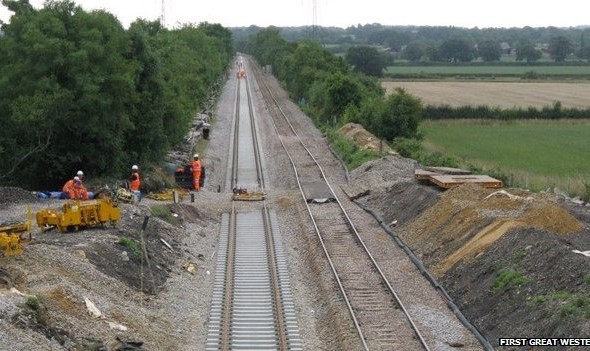 In January 2013, Network Rail started work on a £45million project to upgrade the railway route and infrastructure between Swindon and Gloucester via Kemble and Stroud allowing four trains an hour in each direction.

Until the late 1960s there had been a double track between Swindon and Kemble but with a decline in passenger demand and a cost-saving measure by British Rail, under agreement with the government the line was “singled”.

The work to reinstate the second railway line between Swindon and Kemble has involved upgrading the earthworks along the route to accommodate this new track, and installing new signalling equipment.

Liberal Democrat Spokesperson for Highways and Floods and Parliamentary Candidate for the Cotswolds, Cllr. Paul Hodgkinson said that “I am delighted that in answer to my question asked at the Environment Committee last Wednesday 9th July about the Kemble to Swindon dual line the response given was positive in that final works would be undertaken at the end of August and that the new dual line would go live from this September.

“The completion of this work has been called for by many people over a lot of years. I am in no doubt that It will bring enormous economic benefits as well as improving reliability and better punctuality for all those rail passengers that use the line between Cheltenham to Swindon/London.”

Cllr. John Cordwell (LD: Wotton-Under-Edge) who was involved for a long-time with the redoubling of the line through his regional work said that “I’m very pleased that it is going ahead at last and hope that it will lead to faster and increased services to and from London”.