News Release: Alarm at rise in number of hate crimes in Gloucestershire

LIBERAL DEMOCRATS have today raised concerns over the rising number of recorded hate crimes in Gloucestershire and are asking what is being done to tackle them. 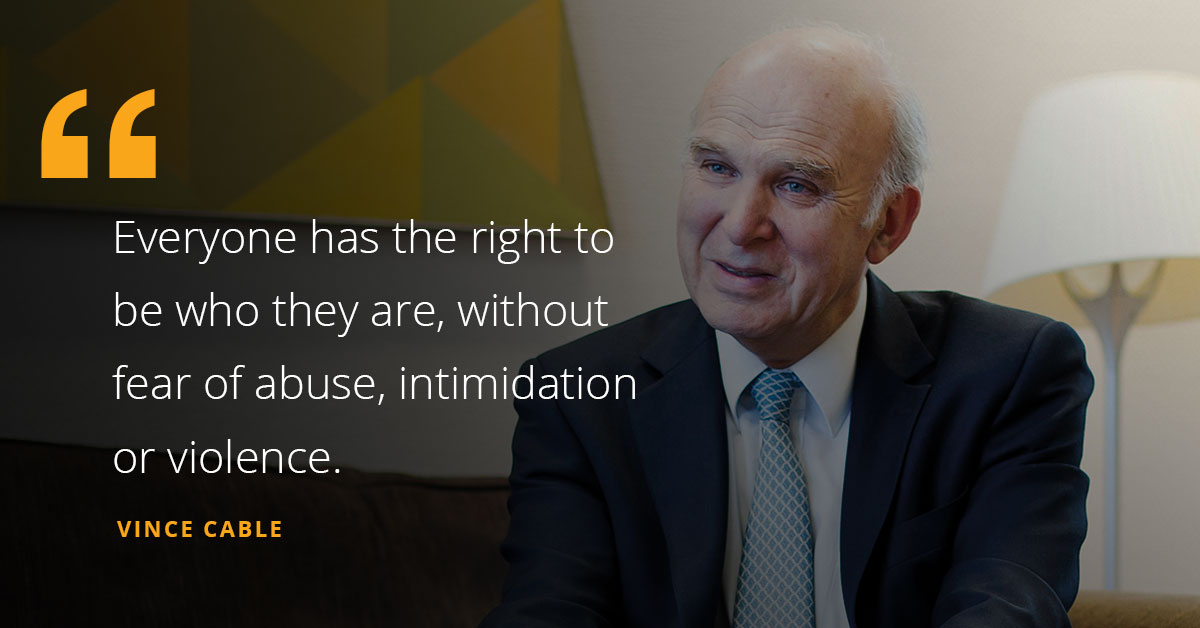 “I remember after the Brexit vote there was a spike in race hate crimes in England and Wales. It was awful reading the many examples of such hatred in the papers which included verbal and physical abuse, white powder sent to mosques, an Eastern European shop targeted by arsonists and an attack on a curry house to name just a few. Crimes committed against someone because of their disability, gender-identity, race, religion or belief, or sexual orientation are hate crimes and should be reported immediately to the police.

“The fact these figures are continuing to increase is deeply worrying. It is awful that we are seeing an increase in the number of people venting deep seated hatred towards others mainly because of their race. I would like to know more about what the police and other agencies are doing to reduce the number of hate crime offences.

Leader of the Liberal Democrat Group, Cllr. Paul Hodgkinson (Bourton & Northleach) also commenting about the rise in the number of hate crimes said:

“These figures are deeply disturbing. Any crime that is motivated by bias or prejudice against someone based on that person’s identity or affiliation with a group is deplorable and are beyond the pale.

“The increase in the number of hate crimes in Gloucestershire can be looked at in two ways. The negative take on it is that more people are committing these offences but on a positive note more people are recognising that these offences are unacceptable and need reporting. It’s important to remember that many incidents of hate go unreported therefore the figure is more than likely a lot higher.

“Race hate crime remains the biggest challenge. My fear is that with the uncertainly of Brexit we will see these figures grow over the coming years.

“In July 2016, the Government published a plan called ‘Action Against Hate’ focusing on five areas to tackle hate crime – preventing it, responding to it in our communities, increasing the reporting of it, improving support for the victims and building our understanding of it.

“Over the coming months, I’ll be working with my colleague, Cllr. David Brown, to see how the Government’s plan to tackle hate crime has been successfully adopted in Gloucestershire.”