Call for cash injection into roads

Liberal Democrats are calling for a big investment in Gloucestershire’s roads to sort out the potholes which have plagued the area. 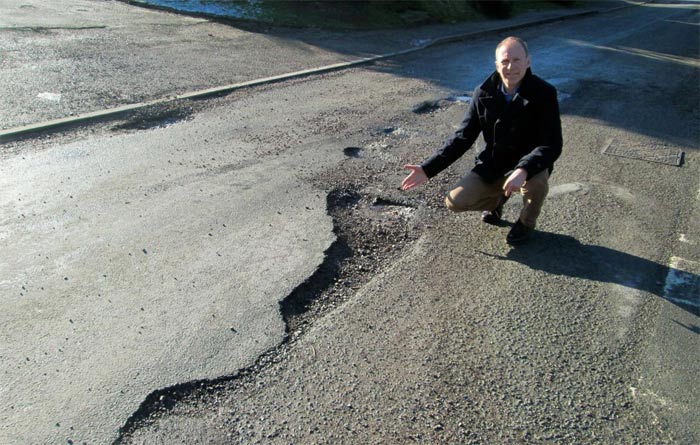 The move is made in a notice of motion being put to the full meeting of the County Council on June 19 by Liberal Democrat councillors.

Gloucestershire’s roads have featured in lists of the worst highways in the country and have led to the County Council paying out money in compensation to drivers. Numerous potholes have developed due to the cold and wet winter and spring.

The mover of the motion, Liberal Democrat Group Leader Cllr Colin Hay (All Saints & Oakley), is concerned that much more needs to be done to bring the roads back to a safer standard: "Potholes can been very damaging and something needs to be done as soon as possible. They are really bad news for drivers and have become a huge problem in Gloucestershire, with some repairs to vehicles costing as much as  £1,000 due to pothole damage.”

“The Council has reserves which it should use immediately to give Highways the boost in resource to fix our roads. We are looking to make these repairs ones that last. Too many of the repairs we see just ‘wash out’ after a few months - that can’t be good value for money!

Cllr Paul Hodgkinson (Bourton and Northleach) is seconding the motion:

“This is an issue which goes across both rural and urban areas. Some roads in the Cotswolds have been riddled with craters and holes and, despite a lot of work being undertaken recently, we need a proper injection of cash to really bring our roads up to standard. This is the issue which people raised consistently on the doorstep during the recent local elections and it is our duty to act decisively to repair our roads properly.”

"This council notes that the number one issue on the doorstep in the recent County Council elections was the number of ‘potholes’ and other road damage found on Gloucestershire roads. That in order to address this number one issue and show the Council is listening, Cabinet immediately releases £4 million from Council reserves to be spent over the next two years on road repairs.”