Call for review to make sure carers are paid minimum wage

LIBERAL DEMOCRATS are calling for a review of the employment practices of care providers used by the County Council after concerns that many care staff are being paid less than the national minimum wage. 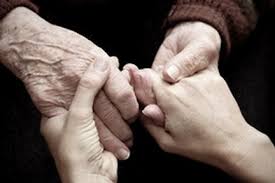 “There are incredibly hard working care workers across the country making the decision to quit their jobs because they are being paid below the legal minimum wage of £7.50 an hour.

“Many care workers are paid for the time spent caring, but not for training and the time spent travelling between people’s houses dragging hourly rates below the minimum wage.

“My wife applied for a care assistant job locally, but her offer letter indicated that all mandatory training and shadowing shifts would be paid at a fixed rate of £25 per day. She had also been informed that she would be paid at £12.50 for a two and a half hour training session. This works out at considerably less than the minimum wage at £5 per hour.

“Other members of staff were working on considerably less. It therefore comes as no surprise why I’m hearing that many workers within the care sector have to use food banks to feed themselves and their families.

“It is totally unacceptable those care providers whether intentionally or as a result of ignorance or error are paying their staff below the minimum.

“On Wednesday, I’ll therefore be calling for a full review be undertaken to ensure that all those care providers being used by Gloucestershire County Council are paying their care staff at least £7.50 per hour.”

“We should not forget the recent collapse of homecare provider Cleeve Link in the county, which left 484 vulnerable people without care and 246 carers without jobs.

“There were many carers who worked for this particular provider owed thousands of pounds of unpaid wages and redundancy money.

“Both independent providers and the council in contracting these companies to deliver care have a responsibility for all their staff.

“I am concerned that staff paid to care for people at home should not suffer from impossible schedules which do not allow for travel time between appointments.

“It is concerning that there may still be a minority of workers in this sector contracted by this council who still don’t receive the full national minimum wage.

“I would hope that all members across the political parties would welcome this review and for the findings to be brought back for member discussion.”

Independent think-tank, the Resolution Foundation, said the ‘wage theft’ was due to staff not being paid for the time spent training, being on call and travelling between clients.