A Liberal Democrat motion submitted to full council next week will look once again at worrying ambulance response times across many parts of Gloucestershire. 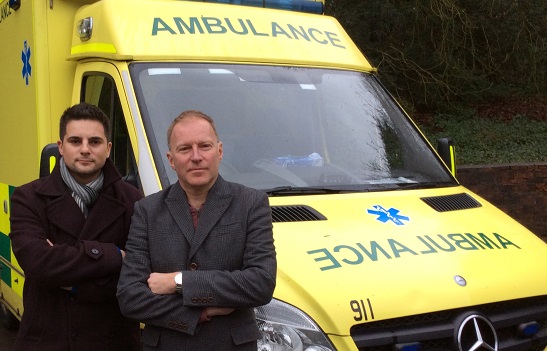 This follows the latest figures showing the South Western Ambulance Service NHS Foundation Trust’s (SWASFT) continuing failure to meet their 75% target in responding to the most urgent calls within 8 minutes.

The issue was first brought by the Lib Dems at a council meeting in May 2014 where unanimous cross-party support was given for a motion calling for urgent improvements to ambulance response times in the Cotswolds, Stroud, Tewkesbury and the Forest of Dean.

In spite of the fact that the issue of ambulance performance is being monitored by both the Council’s Health and Care Scrutiny Committee (HOSC) and the South Western Ambulance Service Joint Health Overview and Scrutiny Committee improvements have yet to be made.

Cllr Paul Hodgkinson (LD, Bourton-on-the-Water and Northleach) who will for a second time be leading the debate said that:

“Our calls for improving ambulance response times made in the council chamber over eighteen months ago appear to have fallen on deaf ears.

“I’ve said before and will say it again that overall we commend the work of the ambulance service and the many lives that are saved, but a crisis point has now been reached where what we are seeing is SWASFT’s failure to improve.

“I want to see the figures improving significantly. As well as calling for urgent improvements, I will also request that the Council’s Health and Care Scrutiny Committee explores the creation of a county-wide ambulance service rather than a regional one.

“People living in rural areas have for far too long been living with a second rate service in terms of ambulance response times compared to those living in the urban areas of both Cheltenham and Gloucester.”

Cllr Joe Harris (LD, Cirencester Park) who will be supporting the motion also said that:

“I've seen first hand the excellent work that our paramedics do across the area in difficult circumstances. The continuing poor performance on response times is really concerning and highlights a bigger problem, it's a problem that senior decision makers need to get a grip of.

“We continue to see targets being missed in the most life threatening cases and also on 'green priority' calls, an example of this could be the elderly lady who has fallen in the street and is having to wait hours for an ambulance in great pain. It isn't good enough.

"In SWAST's case bigger certainly hasn't meant better and their performance in many parts of the County highlights this. I believe that a return to a County Ambulance service will mean better outcomes for Gloucestershire residents through local decision making and scrutiny. I hope the Council votes to take the first step in doing this next week."

1.The motion to be discussed at Full Council on Wednesday 2nd December 2015 is as follows:

This Council notes that on Wednesday 28 May 2014, a motion concerning ambulance response times was brought to this chamber and received unanimous cross-party support.

This Council is still increasingly concerned about the South Western Ambulance Service NHS Foundation Trust’s (SWASFT) continued failure to meet their 75% target in responding to the most urgent calls within 8 minutes.

This Council acknowledges that the issue of ambulance performance is being monitored by both the Council’s Health and Care Scrutiny Committee (HOSC) and the South Western Ambulance Service Joint Health Overview and Scrutiny Committee, but wants to see once again significant improvement in the response times in those districts that are failing to reach the 75% target.

This Council therefore asks both the Leader and the Chief Executive to write to the CEO of SWASFT noting the letter written back in May 2014 and asking for specific actions which will take place so that response times are significantly improved especially in the following four districts - Forest of Dean, the Cotswolds, Tewkesbury and Stroud.

This Council also requests that the HOSC explores the option of creating a county-wide ambulance service rather than a regional one, with recommendations produced for full Council to debate.