LIBERAL DEMOCRATS have today raised concerns over £35million worth of new pressures facing the County Council next year. 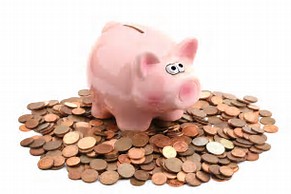 Figures just released nationally by the Local Government Association (LGA) show local services across the country will face a combined funding gap of at least £5.8 billion by 2019/2020.

Information obtained by the main opposition group at Shire Hall reveals work is still in progress in terms of what the funding gap will be for Gloucestershire in 2019/2020, but in 2018/19 it is estimated to be a massive £35million.

“This figure is deeply worrying and it’ll undoubtedly increase by 2019/2020. We are already seeing overspends of £14.5m in this financial year in both the council’s adult social care and children and families budgets.

“The report that went to Cabinet at the end of last month showed a final overspend across the council of £1.9m, but that’s because at present overspends are being off-set by the adult social care levy, temporary adult social care support grant, vulnerable children’s reserve, other departmental savings and the council’s own reserves.

“Councils up and down the country including Gloucestershire are facing a crisis that will see the most vulnerable hit the hardest. Perpetual austerity being implemented by the Conservatives is harming council services, which are close to breaking point in some cases.

“Let’s not forget the Tories are in charge both locally and nationally – So far they have failed to provide the sustainable means necessary for councils to continue providing ‘good’ services to local residents.”

“Councils deliver more than 1,300 various statutory duties and responsibilities. It is astonishing that during the course of this decade, local authorities in England have seen core central government funding reduced by £16 billion.

“It is often those most in need that use the services provided by local authorities, but quite frankly without enough cash councils may well be left with no choice but to cut costs and this is going to impact badly on local services.

“The funding gap is a real cause for concern. It is vital that in the Autumn Statement this year, the Conservative Government announces an increase in money necessary to keep existing local services going. If it doesn’t, everyone will feel the pain.

“We do not want to continue seeing our local services scaled back and corners cut to the point that they will simply no longer exist.”

The Chancellor of the Exchequer, Philip Hammond, has announced that the Government will publish its Autumn Budget on Wednesday 22 November 2017.