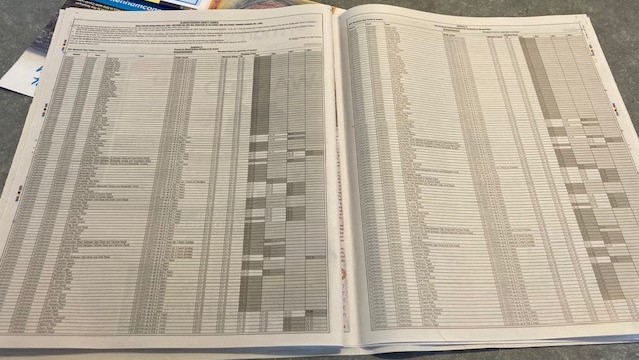 A double spread listing all the parking price increases!

At this year’s budget meeting, Conservative Councillors pushed through a three per cent increase to all on street parking fees, including in over 60 zones in Cheltenham, more than any other district.

Meanwhile, Gloucestershire Liberal Democrats successfully argued against a Conservative proposal to raise residential parking permits again by three per cent, while ensuring that enforcement levels across the county are maintained.

In a further boost for local businesses, in Cheltenham and Gloucester, Liberal Democrat councillors froze car parking charge increases for another year.

“We’ve all seen how difficult this last 12 months has been on retailers, so the Conservatives couldn’t have chosen a worse time to make it more expensive for shoppers to visit the high street.

“I’m delighted that here in Cheltenham, and elsewhere in the county, we’ve taken steps to cancel increased charging costs for shoppers, while also helping local families by cancelling Conservative proposals to increase the cost of residential parking permits.

“Gloucestershire deserves better than Conservative price hikes that will hurt businesses and keep shoppers away.”