Performance of the county's highways contractor has come under attack again following the release of satisfaction surveys. 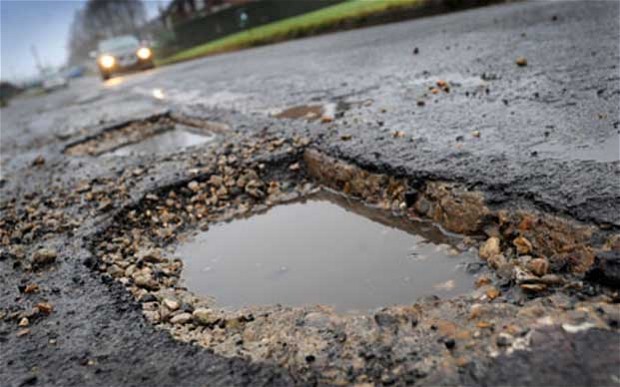 The figures – due to be discussed at next week’s County Council meeting - show satisfaction levels amongst both county councillors and Parish Councils are still below par.

Now, the County’s Liberal Democrats are calling for an urgent review into the continued road failings.

The highways 'key performance indicators' published for every Shire Hall meeting give an update on whether targets are being reached. According to Liberal Democrat Group Leader, Cllr. Paul Hodgkinson (Bourton and Northleach), they’re ’simply not good enough’:

"The results to date of a survey undertaken this year show that although there’s an improved position for public satisfaction this isn’t the case for both county and parish councillors across Gloucestershire.

"Using a 1 to 5 rating system, the score for county councillor satisfaction with the highways service was 2.95. Parish Council satisfaction levels was even lower at a mere 2.41.

At Wednesday’s full Council meeting the Lib Dems will call for the Environment and Community Scrutiny Committee to undertake a detailed analysis of satisfaction levels and understand the reasons why targets aren’t being met.

Cllr Hodgkinson will be leading the debate:

“Time and time again we keep raising the issue about the contractor's performance. Every time we are told that there have been improvements and highway successes, but satisfaction levels are disappointingly low and unacceptable.

“Parish Councils in my own division and members across political parties have raised concerns with me directly about our roads. These aren’t just a couple of conversations, but ones I have on a daily basis.

“At a Council meeting last March, I called for the highways contract with Amey to be closely monitored. Councillors raised specific concerns about poor communication and a lack of feedback provided on when roadworks would happen and when work had been completed.

“Nearly 18 months on and these figures still show low levels of satisfaction. We may keep sounding like a broken record, but isn’t the answer therefore to mend it? My plea is - let’s once and for all see some real improvement.”

Liberal Democrat Spokesperson for Highways and Flood, Cllr. Chris Coleman (LD: St Mark’s and St Peter’s) who will be supporting the motion said:

“For me along with many other of my colleagues, the state of the county’s roads is still the number one issue on the doorstep, which tells me one thing - this council is simply not delivering when it comes to highways.

“Crudely put, the roads around the county are ‘cracking-up’, it’s all well and good for the Cabinet Member for Highways and Flood to keep banging on about highway successes, but the state of the roads speaks for itself.

“Every day, I see white, blue and red boxes drawn around potholes and every day I see them again with no sign of repair. It’s not surprising that satisfaction levels amongst member and Parish Councils are inadequate.

“I will be fully supporting the motion on Wednesday. Once the detailed analysis of the satisfaction levels are complete I look forward to the report coming back to this Council for a full and frank discussion and firm action taken.”