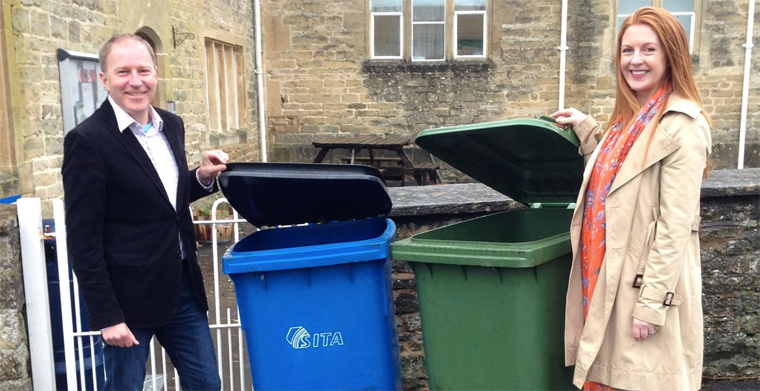 A council motion proposed by Cllr. Paul Hodgkinson (LD: Bourton and Northleach) noted county-wide recycling rates being below the 53% target for the last five years.

"Today we've made a big step forward in the right direction to improving county-wide recycling rates. I'm delighted support has been given to increase recycling.

"The Cabinet Member will now request a report from the Joint Waste Committee to look at ways in which the county's recycling rates can be improved.

"It is a very important issue and the focus should be on reduce, reuse and recycle. We certainly wouldn't want any recyclables ending up in the Javelin Park incinerator. I look forward to seeing this report when it comes back to this council."

"I'm committed as much as anyone to improve recycling rates not just on Cheltenham Borough, but county-wide. Residents want to see a genuine commitment to a county-wide recycling scheme, but the emphasis must be very much on the county.

"It takes a joined-up approach to increase recycling rates and the reason for why I supported today's motion. I now want to start seeing this happen."