Gloucestershire Liberal Democrats are bringing forward a motion calling on the UK Government to spend more on the country’s road network.  The motion, to be debated at the Council meeting on 16 May, highlights the group’s concern that of £30 billion raised by vehicle tax and fuel duty each year, only £10 billion is reinvested in the UK’s roads. 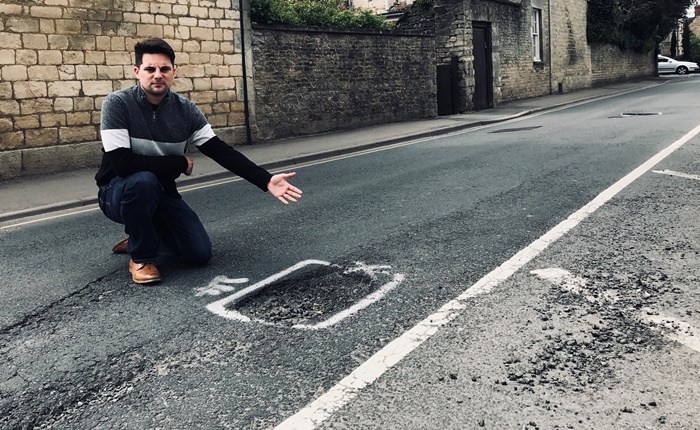 The motion is being brought by Cllr. Joe Harris, who also calls on the County Council Leader, Cllr. Mark Hawthorne, to write to the Secretary of State for Transport and the county’s six MPs outlining the county’s position that more funding should be made available.

“Potholes and the state of the county’s roads is the number one issue on the doorstep.   Gloucestershire faces a huge challenge, with a backlog of road repairs totalling an estimated £80 million.

“To highlight this gap, we are calling for the council to support our motion and for the Conservative Council leader to ask his party colleagues in UK Government why the road network receives so little investment from vehicle tax and fuel duty and to request that a greater proportion of it is actually spent on the roads.”