Following a day in the chamber debating the Conservatives’ “business as usual budget”, Gloucestershire Liberal Democrats secured £460,000 for a variety of road safety schemes. 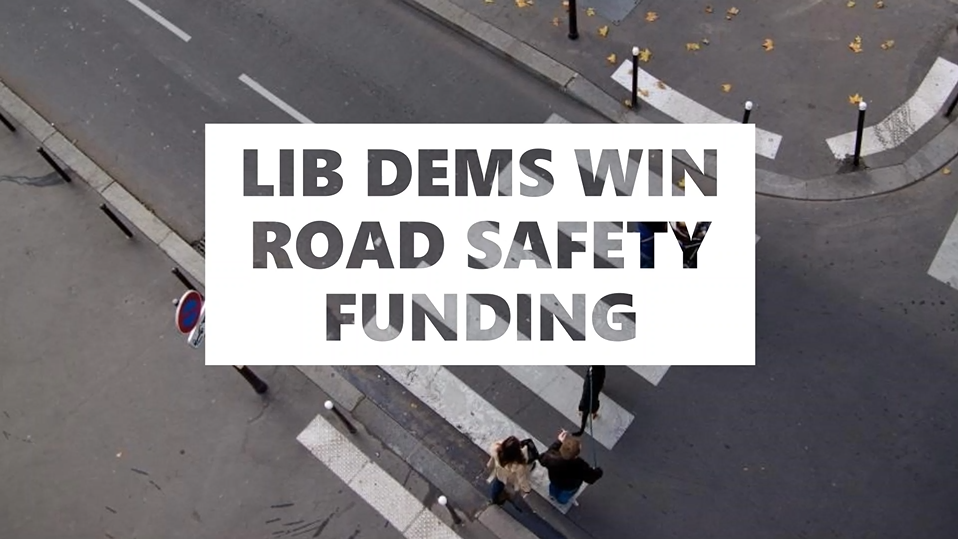 The full breakdown of Liberal Democrat successes is:

Despite these successes, the Conservatives refused to support over £2 million of initiatives targeted at the Climate Emergency, including more funding for cycleways, sustainable transport and renewable energy.

Finally, the Conservatives refused to support funding young carers to travel for free on public transport.

“The group is delighted to win funding for road safety schemes across the county.  As councillors, we hear of near misses on our streets every day, so it’s critical we fund local priorities and cut through the red tape holding life-saving schemes back.

“However, the Conservatives showed their true colours when tasked with tackling the climate emergency.  Gloucestershire Lib Dems proposed over £2million of measures to cut our county’s carbon emissions, from enabling people to make sustainable transport decisions, to investing heavily in renewable electricity – yet the Conservatives binned every single one.

“It is clear that that the Conservatives cannot be trusted with our environment or to tackle the climate emergency.”

“A third of our county’s emissions come from road travel, which is why we were proposing £1.6 million of funding to enable Gloucestershire’s residents to travel sustainably.  This included a massive injection into our county’s bus network which has been completely neglected by the Conservatives.

The initiatives the Conservatives refused to support included: