On the day that the Gloucestershire County Council decided to build five solar photovoltaic generation sites on county council owned land, the government decided to consider changing the Feed-in Tariff rules. If the government are to reduce the Feed-in rates it could make this innovative renewable energy project unviable. 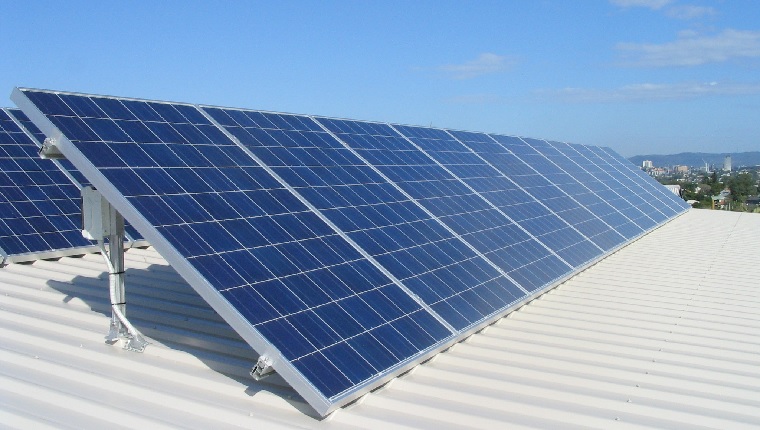 The Feed-in tariff (FIT) has been providing payments to owners of electricity-generating renewable energy technologies since 2010. The generous initial rates of the  Feed-in tariff (FIT) has meant that the uptake of solar panels has been faster than expected and the government is currently undertaking a review of implementing cost control measures, which will ultimately be damaging to new municipal Solar PV projects of 5MW and below.

A consultation published by the Department of Energy & Climate Change is currently being undertaken and closes next month. If following this consultation it is considered that the scheme is unaffordable, it may well spell the end to generation tariffs for new applicants from January 2016.

Leader of the Liberal Democrats, Cllr Jeremy Hilton will be calling for the Government to reconsider such changes at the next County Council meeting being held at Shire Hall on Friday 23rd October on the same day the consultation closes.

Cllr Jeremy Hilton said that “it is very much a double whammy in that not only is this Government reducing Council budgets, but they are also putting at risk Council’s own innovative projects.

“Ground-mounted solar PV has the potential to be an area of great investment for the Council. Helping to increase this Council’s revenue income will assist in reducing pressures on frontline services.

“This Council’s target is also to reduce carbon emissions by 60% by 2020/21.  The changes being proposed do not assist us in reaching such targets.

“Tens of thousands of pounds have already been spent on the pre-planning of this project – I am disappointed that the changes being proposed may mean that the economic case for each site could become unviable.

“I am also calling on the Leader of this Council to write to the Secretary of State for Energy and Climate Change, the Rt Hon Amber Rudd MP requesting that any changes do not put at risk these and other public sector/community-led schemes”.

The following motion is to be debated at Shire Hall on Friday 23rd October 2015:

This Council welcomes the decision taken by Cabinet on 22nd July approving the award of contract(s) for the design, build and maintenance of ground-mounted photovoltaic (PV) renewable energy generation facilities on the Council’s Estate.

This Council notes that in light of the Council’s revenue budget pressures such a project would help increase the revenue income from the Council’s land assets, converting capital into revenue and thus reducing pressure on frontline Council services whilst at the same time reducing both energy costs and the carbon footprint of the Council.

This Council is however deeply concerned with the Government’s proposals for a fundamental review of the Renewables Obligation and Feed-in Tariff Scheme (FITs), which could put at jeopardy this Council’s and other local authorities Solar PV projects.

This Council therefore resolves that the Leader of this Council writes to the Secretary of State for Energy and Climate Change, the Rt Hon Amber Rudd MP requesting that any intended changes do not put at risk those public sector/community-led schemes such as this project and any similar future projects, which require much longer to develop, but yet have a much greater social return.