Hands off our airport

County Liberal Democrats have today spoken out against calls to build thousands of houses on the site of Gloucestershire Airport. 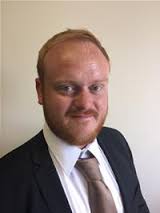 Councillor Jack Williams(LD: Churchdown)who represents the area that includes the airport is firmly opposed to the Staverton site being used for housing and has called the idea made by a Conservative Borough Councillor as “ill conceived and ludicrous”.

“The economic value of Gloucestershire Airport should not be underestimated. It lies at the heart of a group of seven employment areas and is uniquely positioned beside the junction of the M5 motorway and the M40. The Airport currently supports over 570 jobs directly across 48 firms.

“There are an estimated 4,500 jobs based on anaround the Airport. I know many residents in my own division of Churchdown and the surrounding area who are employed within the aviation industry and have links to Gloucestershire Airport.

“I am very much aware that we need more housing, but the idea that we can just simply move the airport and use this particular site for housing is an ill-conceived and ludicrous suggestion from a Conservative Councillor who should have known better.

“I’m pleased that bosses have come out saying the land is not available for housing.

“I’d like to see both councils committing to the long-term future of Gloucestershire Airport bringing further investment and jobs to the local area.”

Gloucestershire Airport occupies a 167 ha site in the Green Belt between the City of Gloucester and Cheltenham Borough. It serves a sub-region with almost 1.9 million people and over 84,000 businesses across Gloucestershire, Worcestershire, Herefordshire, West Oxfordshire, Swindon and Wiltshire.