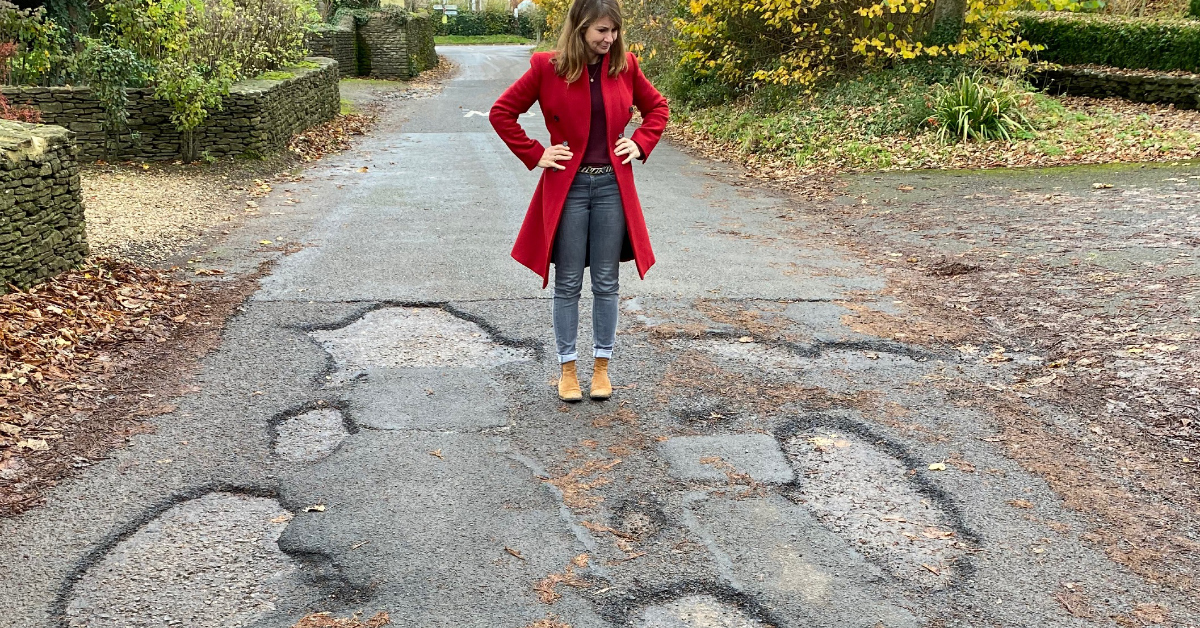 We will fix the roads, give walking and cycling the investment they deserve and get people back on public transport safely.

Indeed, in our county, we still have an estimated £80 million black hole of highways repairs that are needed, while road verges and footways have been allowed to run wild, covering signs and proving dangerous for drivers, pedestrians and cyclists.

Despite being a large rural council, with nearly 1 per cent of the UK’s population, Gloucestershire residents have never received our fair share of highways’ money.  If elected to office, we would:

Highways and transport also have a huge role to play in delivering our ambitions to tackle the Climate Emergency.  They are responsible for more than a third of the county’s total emissions. The Liberal Democrats have a plan to help residents and businesses stay connected while living greener lives.

On day one, the Liberal Democrats will create the post of “Green Transport Commissioner.”

We will create a truly joined-up and safe walking and cycling network across the county.

Gloucestershire consistently sees around 1,000 road casualties every year, with dozens of fatalities occurring on our county’s roads.  In power we would prioritise road safety for all road users.

We would take decisive action on residential speed limits.  Working with local communities and residents, we are committed to making 20 mph the standard speed limit in areas where pedestrians, cyclists and children frequently share the road.

In the last year we successfully campaigned for £200,000 to establish six School Street schemes – which protect children from traffic outside schools during drop off and pick up times – one in every district in the county.  We would roll these schemes out to any suitable school that wanted one, in consultation with the local communities and residents.

We would also unlock the slow process of making road safety improvements and Traffic Regulation Orders, that too often get bogged down in legal red tape, enabling communities to implement safety schemes at pace.

There are many other areas where the County Council, as the Highways Authority, can make all of our lives easier: