The Liberal Democrats on Gloucestershire County Council have today announced a full list of budget proposals amounting to over £2million for 2016/2017. 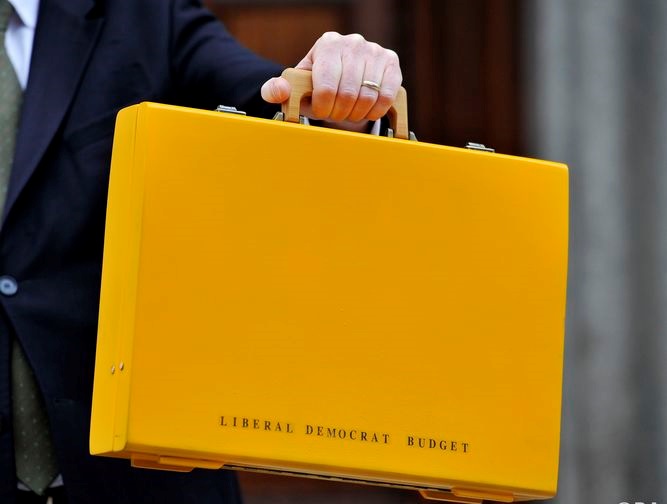 The 2016/2017 budget will be set at next Wednesday’s council meeting in the Council Chamber at Shire Hall and the Liberal Democrats will present a comprehensive package of recommendations covering three key areas that include roads, health and the environment.

“The Conservative administration has proposed a council tax increase of 3.99% to deliver a budget of £417.98m. With the state of the council’s finances and the reduction in core funding of £18m provided by the government, Liberal Democrats have decided not to oppose a council tax rise, as to do otherwise could severely damage frontline services to vulnerable people.

“However, since the financial settlement was announced on 17th December 2015 there has been a net increase in funding of £1.63m due to improvements in the council tax base and a surplus from the collection fund. Rather than use this money for slippage we shall use it to support improvements in council services in relation to roads, health and the environment.

“Health and safety is a concern and therefore we want to continue investing to improve mental health. We believe it is important to keep running the Liberal Democrat scheme started two years ago to give all Year 5 pupils a visit to Gloucester’s SkillZone to learn about home and road safety. We are aware of the changing nature of the county’s fire and rescue service and believe it is important to invest in embedding a member of the Gloucestershire Fire and Rescue Staff within the county’s Adult and Social Care Services to improve the health and wellbeing of vulnerable people through the fire service’s ‘safe and well checks’.

“The environment is important and information collated from Air Quality Progress reports has revealed high levels of nitrogen dioxide (NO2), which are exceeding national air quality objectives. We want to undertake a study looking at these sites across the county to see what can be achieved to reduce such pollution levels. We also believe it is important to invest in undertaking pollution level monitoring outside the county’s schools.

“It is interesting to note that one of the top five comments on the council’s 2016 budget is to ‘cancel the incinerator’. We need to know whether there are any discrepancies or anomalies regarding the procurement process and the subsequent contract. This Council has already spent many millions on the Javelin Park incinerator project including a recent cash injection of £17m. Liberal Democrats propose to carry out an independent review of the procurement process and the contract that was awarded for the Javelin Park Incinerator. We have budgeted £30K for this purpose.

“We hope that the Liberal Democrat package of proposals offer a glimmer of light to a dark and dismal Tory budget in 2016/2017.”

“The county’s roads have hugely deteriorated and with such foul weather potholes are popping up everywhere. It is complete madness that the highways budget is being cut. I’m pleased that the Liberal Democrats will be investing in our roads and double the amount of money that each elected member receives for additional road maintenance in their own division from the current £22.5K to £45K.

“This will make a real difference to the road network across the county. I am also delighted that we’ll be continuing with our investment in cycling by proposing £500K over the next two financial years to realise at least 4 of the 6 cycling schemes that have been proposed in the ‘Barriers to Cycling’ report,  which was undertaken during 2014/2015 and also proposed by the Liberal Democrats.

“All political parties now acknowledge the importance of mental health, but it is the Liberal Democrats who remain committed in making real improvements to the mental health and wellbeing of the people of Gloucestershire. Sadly, detailed analysis of the proposed Conservative budget has revealed they do not share this commitment to improvement. In 2014/2015, the Liberal Democrat Group successfully secured funding to enable Gloucestershire's school nurses to be trained to provide improved mental health resilience to children and young people. An additional £50K investment in 2016/2017 will help fund a further scheme to provide improved mental health support to children and young people. I’m delighted that we’re continuing this investment in promoting the mental health and wellbeing of young people.”

The full Liberal Democrat list of budget proposals for 2016/2017 are as follows: