Today, the Liberal Democrats in Gloucestershire forced the Tories into a series of humiliating budget U-turns. 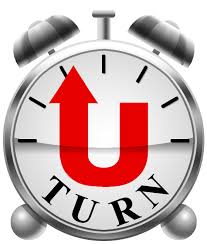 After a decade in charge at Shire Hall, the Tories presented their 12th budget. It contained large cuts which hit vulnerable people and failed to make investment in vital services and infrastructure.

The Liberal Democrats presented a series of amendments to the Budget totalling £6 million. After a long break in the meeting, Shire Hall's Tory bosses backtracked and incorporated this new money into the budget.

The new funding has been found by the Lib Dems without the need to increase Council Tax any further than already proposed by the Conservatives.

- An extra £4 million into our roads and pavements
-Significant cash to improve adults' physical and mental health whilst reducing social isolation and loneliness
-Nearly £1 million to improve services for people with disabilities and families who've adopted children.

Cllr Paul Hodgkinson (Bourton and Northleach), the Leader of the Liberal Democrats in Gloucestershire, said:

"The budget proposed by the Conservatives was a double whammy of tax hikes and cuts to services.

"They've had 12 years in charge and it's clear they've run out of ideas. They spent time and money on consulting on a Budget which wasn't fit for purpose. It failed vulnerable people and failed to make investment into roads and pavements.

"The Lib Dems were able to pull the Budget back from the brink. We've won vital funds for vulnerable residents and local infrastructure.

"We've been campaigning for these things for years and I'm pleased they've finally listened. But the County Council deserves an administration which puts the needs of vulnerable people first without being embarrassed into doing so."

On 4th May, residents from across Gloucestershire will be able to elect a new Council. This budget debacle is a clear sign that the Conservatives have run out of ideas. It's time for a change in Gloucestershire.