At a County Council meeting next week the Liberal Democrats will call for the Conservative Government to think again over plans to turn all schools into academies. 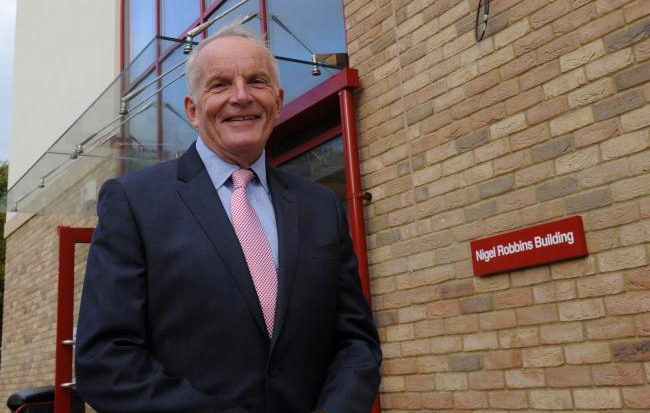 “There are cross-party concerns with the Conservative Government’s recently published education White Paper “Educational Excellence Everywhere” to turn all state schools in England into academies. These plans are highly illiberal and undemocratic. Councils will not only lose the duty to maintain schools, but will also lose responsibility for school improvement and allocating funding to local schools. Back in March, the Chief Inspector of Schools in England, Sir Michael Wilshaw criticised the performance of seven multi-academy trust chains saying they were no better than local authorities.

“In terms of improving standards the evidence is mixed, with most professionals agreeing there is no conclusive proof the model is the single best way to improve education.”

An analysis of primary school test results in England reported this week suggests that successful schools are not likely to improve when they become academies. The Local Government Association is highly critical and the County Councils Network, which is a group representing thirty-seven largely Conservative local authorities including Gloucestershire, has warned that turning schools into academies will not raise school standards. The Conservative Chairman of the County Councils Network, Cllr. Carter who is also leader of Kent County Council  has even gone as far as saying that such changes ‘will lead to a poorer education system’,

Cllr Robbins says that the Government’s plans could be both fruitless and harmful:

“The cost involved can also be questioned. So far, Councils have spent millions of pounds to cover the cost of schools becoming academies. The National Audit Office estimated that in 2012, the Department for Education spent an additional £1 billion on the cost of the academies programme. At a time when public spending is facing significant cuts imposing academisation on schools is an utterly inappropriate use of public money.

“My message to the Secretary of State for Education, the Rt Hon Nicky Morgan MP and the six Gloucestershire MPs is to think again before converting all schools to academies as such a move may well harm the life chances of a generation of young people.”

Governor of two schools in Cheltenham, Cllr. Iain Dobie (LD: Leckhampton & Warden Hill) will be speaking in support of the motion on Wednesday:

“The White Paper piously talks about the role of Local Authority championing parents and families regarding schools, whilst at the same time removing all powers to do so and scrapping the requirement for parent governors on academy governing bodies. It is no wonder therefore that the all-party leadership of the LGA has fought back against Nicky Morgan’s anti-democratic, anti-community proposals. Local parents will be left with no say over the running of their school. I think parents and teachers know what’s best for their school. Forcing every school in Gloucestershire to become an academy and give up local control would be a disaster.

“There is clear dissent within Conservative ranks and new figures from the Department for Education show 700 small mainly rural schools in England are underfunded. In winning over dissenting Tory MPs, the Education Secretary has now promised a major cash boost to small primary schools. It goes without saying that without such funding small rural primary schools would not be able to cope with being forced to change status and therefore using such bribery to win over support is abominable.  If a small rural primary is well-governed, well-run and performing well then it should be left alone to do its job.

“Liberal Democrats stopped forced academies when we were in government and we’ll work to do the same again now. I will be disappointed if the Conservative group don’t support our motion asking for the Leader of this Council and the Chief Executive to write to the Secretary of State for Education, the Rt Hon Nicky Morgan MP, and the six Gloucestershire MPs asking them to think again before converting all schools to academies and removing parents from their governing bodies.”

The motion to be debated at the Council Meeting on Wednesday 11th May is as follows:

This Council commends the excellent relationship between the council and schools, all focused on delivering the best education possible so that each of Gloucestershire’s young people can attain their full potential.

This Council is aware that in spite of many secondary schools in the county that have now become academies, a relatively large number of primary schools in Gloucestershire have chosen to remain under local authority control.

This Council is concerned however with the Conservative Government’s recently published education white paper “Educational Excellence Everywhere” to convert schools to academies. Other issues include the loss of input from parents as governors or volunteers.

This Council recognises the importance and the valuable contributions of parent governors and local authority governors who act as “critical friends” to both support and hold head teachers to account.

This Council believes that making schools become academies is both illiberal and undemocratic, and this Council therefore resolves that the Leader of this Council and the Chief Executive write to the Secretary of State for Education, the Rt Hon Nicky Morgan MP and the six Gloucestershire MPs asking them to think again before converting all schools to academies and removing parents from their governing bodies.