Lib Dems launch plan to get Gloucestershire back on track

As the county prepares to go to the polls to elect a new County Council on May 4, Gloucestershire’s Liberal Democrats have published their most detailed manifesto ever, setting out what they would do to get the Council back on track after 12 years of Tory failure. 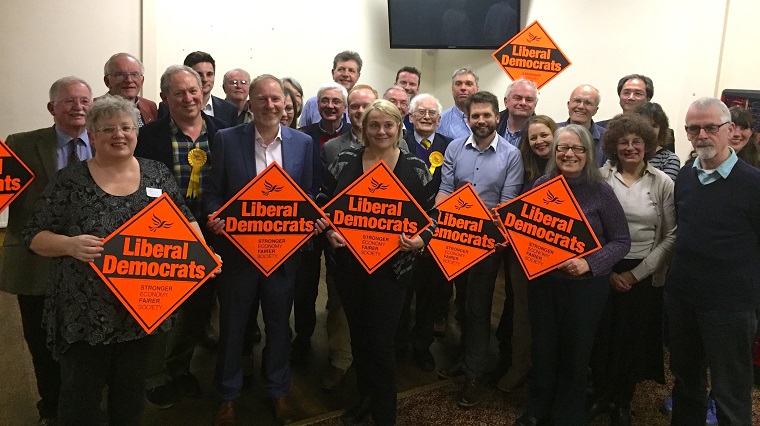 The headline proposals are:

In a series of pledges the Council’s main opposition party is bidding to take control of Shire Hall and is putting the spotlight firmly on the state of the roads and local health services.

The Lib Dems say their top priority is to release spare cash to fix highways and pavements. They also plan to take control back of pothole fixing by looking at options which include bringing some or all of roads and pavements maintenance back in house.

In showing their green credentials they are supporting clean energy production, opposing fracking extraction in the countryside whilst building new cycle paths and protecting bus routes.

Leader of the Lib Dems on the County Council, Cllr Paul Hodgkinson, says that holding the Conservative Government to account is vital:

“Completing the A417 ‘Missing Link’, improving key motorway junctions and pressing for rail improvements are all up there for us. We have been waiting for these things for years.

“And putting Gloucestershire firmly on the tourist map will help the county pull ahead of our neighbours and boost our economy.

“We’ll work hard to fight isolation and loneliness among older people and we will make our roads safer by working with the police and introducing lower speed limits in residential areas.”

“I am extremely proud to be launching a blue-print that lets people know exactly what we would be doing differently.

“We have asked residents across the county how they think the council has been doing over the last 12 years. From the Cotswolds, Cheltenham, Stroud, Tewkesbury, Gloucester and Forest of Dean we are hearing the same message over and over again - that the Conservative run County Council has let us down.

“Their record of failure can be seen in our broken roads and cracked pavements. Bus services have been cut so hard that some villages now have no public transport at all. Recycling rates have fallen and targets have been missed. And in spite of the Conservative pledge in 2005 to ban incinerators in Gloucestershire we will soon see the hugely unpopular ‘Javelin Park’ monstrosity built near Gloucester and Stroud costing residents millions of pounds.

“At the same time, vulnerable residents and young people have been hit hard by so-called ‘efficiency savings’, especially those children and adults with learning disabilities. We have also seen the demise of youth centres and dedicated youth workers in supporting young people and combatting anti social behaviour.

“The message to the Conservative led County Council is clear - your time is up! The Lib Dems are the only realistic alternative across Gloucestershire and we are ready to serve.”

“It’s time to get Gloucestershire back on track.”