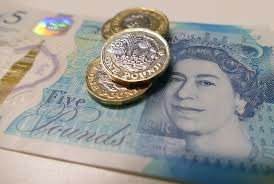 County council bosses at Shire Hall met this morning to agree a series of cuts to services.

The Council’s Conservative Cabinet voted unanimously for a budget for the coming year which contained cuts to mental health spending and local roads projects.

On the back of a cut in the Government grant to the Council of 9.4%, Liberal Democrat councillors challenged the decision and asked how cuts could be justified.

Leader of the Liberal Democrats Cllr Paul Hodgkinson (Bourton and Northleach) posed a series of questions at this morning’s meeting:

“I was told today that ‘we have to live with this misery’ but we don’t. We have a choice and the public are fed up with continued austerity. To cut mental health funding by so much is shameful. People are more aware now of the need to address mental health problems than ever before. The Government uses warm words when saying that they want to address these problems but the reality is that they and their councillors are cutting the cash going to this incredibly important service.”

Today’s Cabinet meeting also voted to cut the popular ‘Highways Local’ fund from £30,000 next year to £10,000 for each councillor. The fund is targeted at local projects including new signs, road safety schemes and patching of roads and pavements.

Cllr Hodgkinson welcomed a commitment to keep funding the project to solve the A417 Missing Link but wanted to see the project sticking to promised timescales which have been missed.

“This is a very disappointing budget. It contains £29 million of cuts and we now have a lot of questions to find out exactly how these cuts will be made. However we do agree that the council tax will need to be raised by the 3.99% proposed as it will help fund adult social care and children’s services.

“We’re also worried about the detail around the cuts to public health of £640,000 which so far haven’t been identified.”

The Council’s budget will now go out for public consultation before being decided formally by all councillors in February.