New figures show Gloucestershire hasn’t got on its bike

Figures just released show the Cotswolds is right at the bottom of the pile when it comes to cycling. 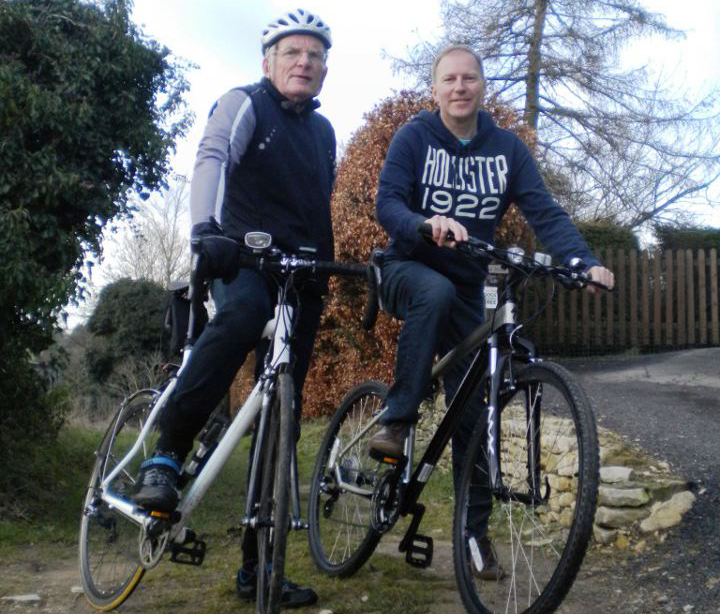 Data supplied last week by the National Office of Statistics shows that cycling to work has dropped by a massive 26% in the last ten years compared to a rise of 14% across the country.

Whilst the rest of the UK has had a bout of cycling fever on the back of Tour de France and Olympics success, Gloucestershire has lagged behind. Figures for the census period 2001-2011 announced on 26 March reveal that cities like Bristol saw a sharp increase of 94% in people cycling to work whilst the South West as a whole has seen a rise of 15%. In contrast, the Cotswolds has dropped at an alarming rate whilst nearby Tewkesbury dropped by 7% and only Cheltenham managed a 4% increase.

Now, Cotswolds Liberal Democrat MP hopeful Cllr Paul Hodgkinson (GCC, Bourton & Northleach) is calling for the County Council to use some of the cash from the Local Sustainable Transport Fund to improve road conditions:

“Spending money on cycling is cost-effective.  It reduces traffic, improves air quality, and improves health for the cyclists and for anyone breathing the local air.  The figures show that when towns and villages spend time, effort and money, they have been rewarded.  Parts of Yorkshire have done this is – areas just as rural as Gloucestershire and with the same tourist economy. The dropping cycle-commuting figures for the Cotswolds come at a time when cycling is enjoying a boom in the UK.

“In rural areas the roads feel lethal and it isn’t helped that cars are getting wider and faster.  Friends who are “would-be-cyclists” won’t cycle anywhere whilst the roads feel so intimidating.  The A40 and A436 are two roads which see high speeds and it feels very unsafe to cycle. I cycle on roads but don’t feel very safe and would do more of it if the conditions were better.

“These new figures suggest that making rural roads pot hole free and providing space for cyclists does work. In the Churn Valley I set up a safer cycling group 5 years ago and we have used the existing bridlepath between Stratton and North Cerney to give a route for bikes and walkers which is away from cars. It has cost very little due to people giving their time for free and this could happen elsewhere in the county.

Paul Morrish, from Shipton is a regular cyclist and works in Cheltenham. He would like to see disused railways used for cycling, walking and horse-riding, particularly as rural communities grow bigger:

“In rural areas and towns there is a high perception of danger.  Vehicles are getting wider which means less space on the road for bikes, pedestrians or horses.  Pot-holes are potentially lethal to cyclists –  hit one and you can be thrown off, avoid one and you can be killed if you swerve.

“A collision between car and cyclist will inevitably leave the cyclist physically worse off, but can leave the driver with unresolvable guilt.  There are many more developments planned in rural areas but sustainable transport needs to be considered as part of that.“

Now Cllr Hodgkinson has written to the County Council’s Highways boss for more to be done to sort out potholes and to provide better routes for Gloucestershire’s cyclists:

“These figures show the county has a lot to do to improve conditions on its roads and to encourage people to cycle so they feel safe and able to do what the rest of the country is doing in ever greater numbers. Whilst cycling to work in rural areas will always be more difficult we can take steps to make it a real option for people whilst improving road conditions in the towns.”

The big national success is Bristol (Up 94%).