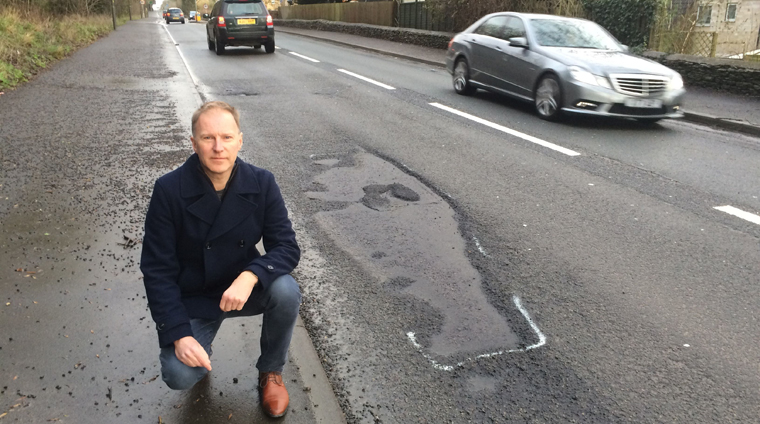 In spite of a recent report highlighting successes that include the repair of 49,195 potholes, the Liberal Democrats have said the latest public figures show “something very different” in that still there is failure to achieve set performance targets.

Cllr. Paul Hodgkinson (LD: Bourton-on-the-Water and Northleach), last year called for the county’s highways contract with Amey to be closely monitored and for financial penalties to be imposed if performance targets were not consistently achieved in 2015/2016.

“The indicators publicly reveal that there are areas within highways where targets have simply not been met, and in other areas they have fallen alarmingly short. For example, the target to repair road defects within 3 months is 95%, yet the performance is just 68%. It seems that due to resources being put to repair the biggest potholes, this actual outcome is woefully poor. You only have to look at the smaller roads in particular to see that there is a failure to get this right.

“We’re told that additional resources have been secured to resolve this backlog, and we hope to see it reduce over the coming months, but we’ll be watching closely. Residents want roads they can drive on without having to avoid dangerous potholes.

“The indicators also reveal that repairs to roads required within 28 days are below target. This really has to get better.

“It’s about time that the Cabinet Member for Highways and Flood stopped pretending that everything in the garden is rosy with the roads contractor Amey when clearly these indicators show it's not.

“The highways performance indicators also show that in terms of county councillor and parish council satisfaction, this is also slipping.

“As I said a year ago our county contractors have a job to do and with the review of the highway contract fast approaching they need to step up to the mark and really show improvements in their performance.”