The Liberal Democrats have welcomed the opportunity to hear from Chris Nelson, Gloucestershire’s Police and Crime Commissioner, about his manifesto last week, challenging him over re-writing his pledges after the election. 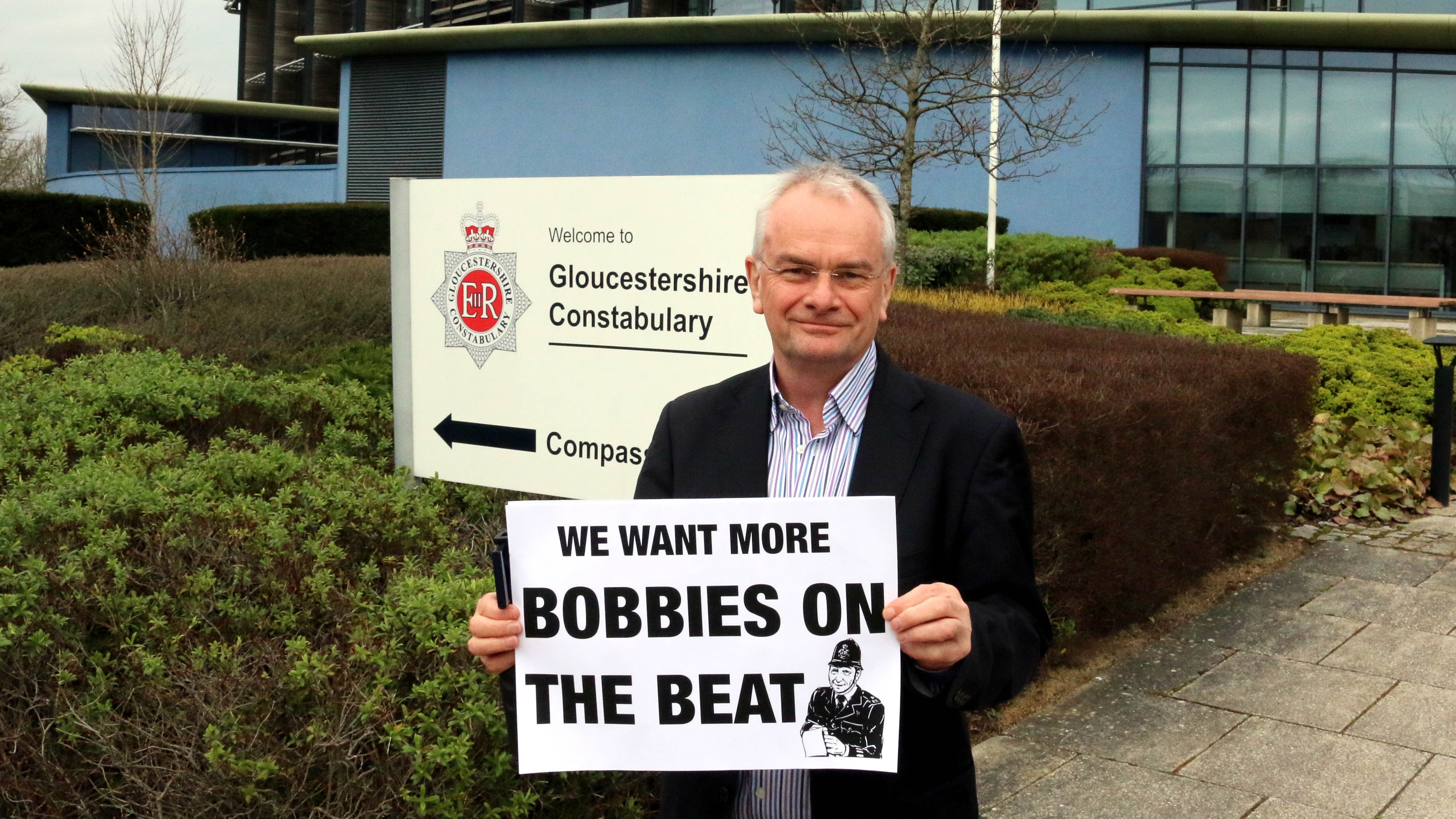 Following a motion earlier this year, proposed by Cllr Jeremy Hilton, the Police and Crime Commissioner, Chris Nelson, was invited to provide a presentation to Gloucestershire County Council on how he intends to deliver his manifesto promises and explain why his commitment on officer numbers had been cut by almost two thirds.

During his presentation, Chris Nelson emphasised his ‘’commitment to hiring 200 police’’, yet under questioning it emerged just 50 of these were police officers.  The PCC’s manifesto stated that he would “put 300 more Bobbies on the Beat”.

Mr Nelson explained that the antisocial behaviour rates have decreased under his watch, however Gloucestershire’s rates still tower over the national average and neighbouring authorities.

Proposer of the motion, Cllr Jeremy Hilton commented on the presentation:

'We appreciate Chris Nelson’s promise to improve the 999 and 101 services, which are currently failing to cope with the demand of the public. However, there are requirements that need to be met regarding the hiring of full-time officers that will aid in improving patrols and reducing antisocial behaviour.’’

'Chris Nelson argued that he "gets irritated by those who bang on about numbers" but his manifesto was clear that he would hire 300 officers to patrol the streets and he is well down on that commitment.

'The Lib Dems will continue to challenge Chris Nelson to deliver on his manifesto, or to be honest with the public that he has ditched the promises that saw him elected.