With all children in all schools returning today, the county’s very first school street scheme continues to protect pupils at Warden Hill School. 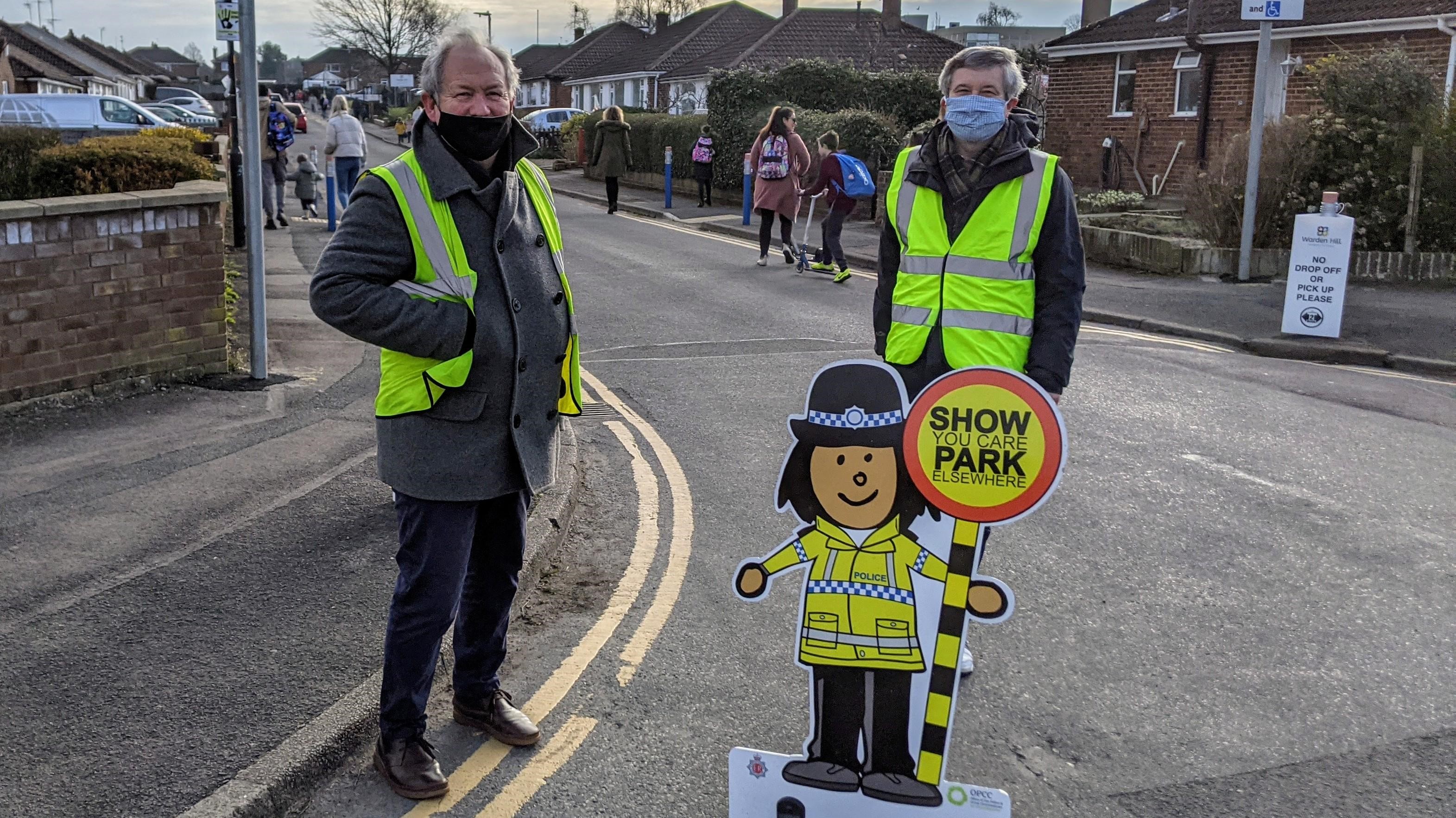 £100,000 was subsequently allocated to creating a further three school street schemes, meaning each of Gloucestershire’s six districts will have a scheme in operation before the end of the year.

Exposure to air pollution for children can lead to permanent lung damage and developmental issues – with the greatest levels of exposure occurring at school drop off and pick up times.  School street schemes – which prevent motorised traffic from stopping at the school gates during drop off and pick up times – dramatically reduce levels of air pollution and give the street over to children to walk and cycle to school in safety.

“For years Lib Dem councillors have been banging the drum for School Streets, beginning here in Warden Hill with an unofficial scheme after Tory councillors refused to back our calls for a trial. To be here, two years later, with official schemes in all six districts feels like an enormous victory, both for us and the children whose health will benefit from the schemes.

“With all schools reopening in full today, this scheme will not only help children with active travel, but will help them and their families to remain socially distanced during the commute to school.

“We will keep on flying the flag for School Streets until the County Council allocates enough funding such that every suitable school that wants to participate can have a scheme set up.”