Figures for river pollution by water company spills in 2021 have recently been released, showing the extraordinary scale of sewage pollution in Gloucestershire. 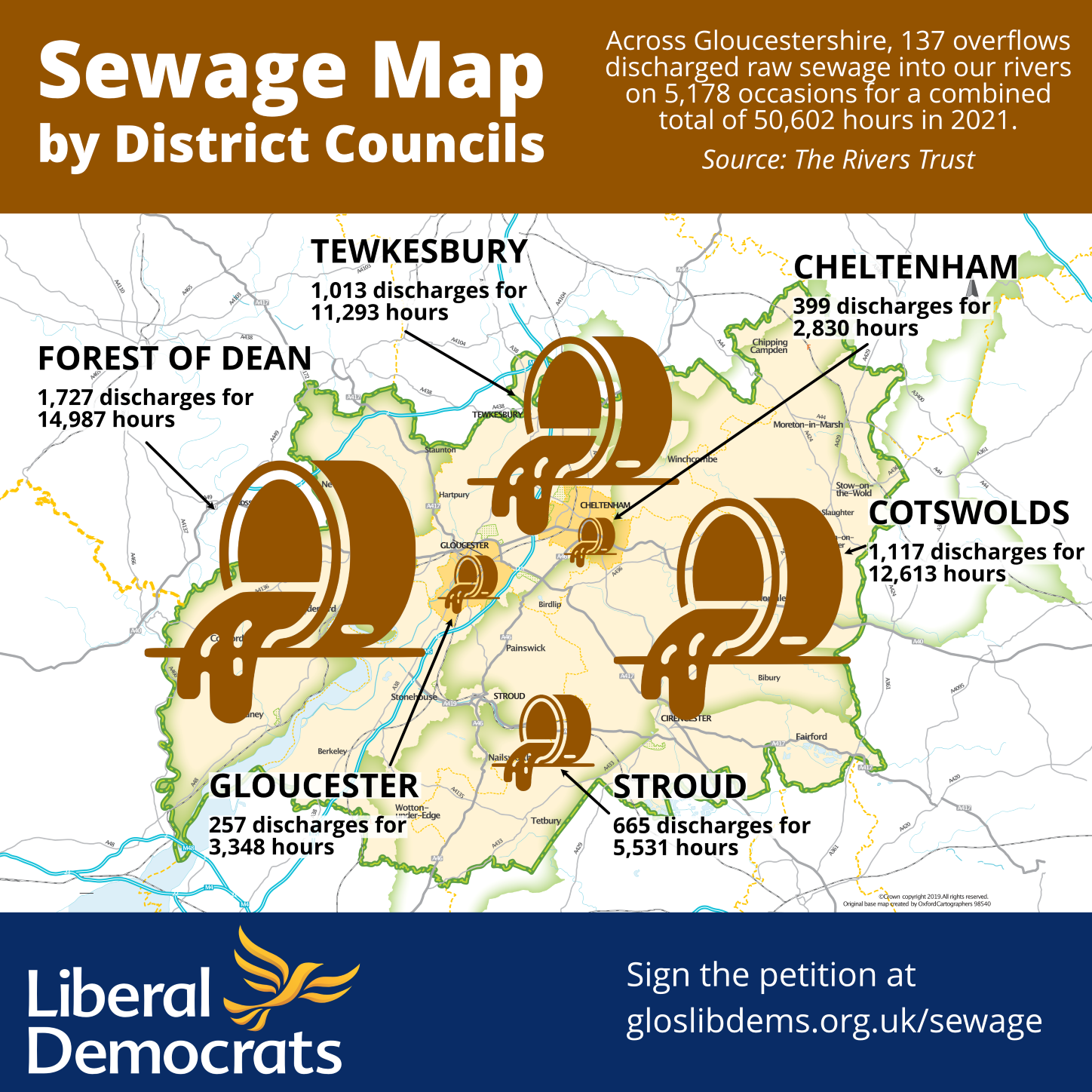 The updated figures for releases from sewer overflows by water companies in Gloucestershire have just been published, showing that there were 5,178 instances of raw sewage being released into our county’s rivers for a combined total of 50,602 hours.

The district of the Forest of Dean was worst hit, seeing 1,727 releases for a total of 14,987 hours, with the Cotswolds district and Tewkesbury borough not far behind.  A practice that is meant to be used only in cases of absolute emergency saw an average of 137 hours of dumping each and every day in 2021.

Severn Trent, as the largest operator in the county, made up nearly three quarters of all release hours, at 37,602.  At a task group meeting back in November, Severn Trent conceded that they had no plans to ever stop dumping raw sewage into our rivers, alongside Wessex Water.  Thames Water, meanwhile, said they hoped to stop raw sewage releases within the next 30 years, by 2050.

“The scale of these releases is simply staggering.  This is a practice that is meant to be used only in exceptional circumstances, yet it is blatant, even to the most casual observer, that it has become a routine practice.

“Healthy rivers are vital for biodiversity and human health but, last year Gloucestershire’s rivers saw 137 hours of sewage dumping each and every day that is destroying this fragile ecosystem.

“Despite this clear evidence, Conservative MPs are letting water companies get away with it, while also raking in multi-billion pound annual profits.  Five of Gloucestershire’s MPs all failed to support an amendment to the Environment Bill, which would have put a legal duty on these companies to phase out sewage dumping.

“It’s time to send a message once and for all that this filthy practice has to end.  Sign our petition today to bring in a sewage tax and make them clean up their act for good.”