The County Council just spent £1.7 million on consultants and it’s gone up by a quarter 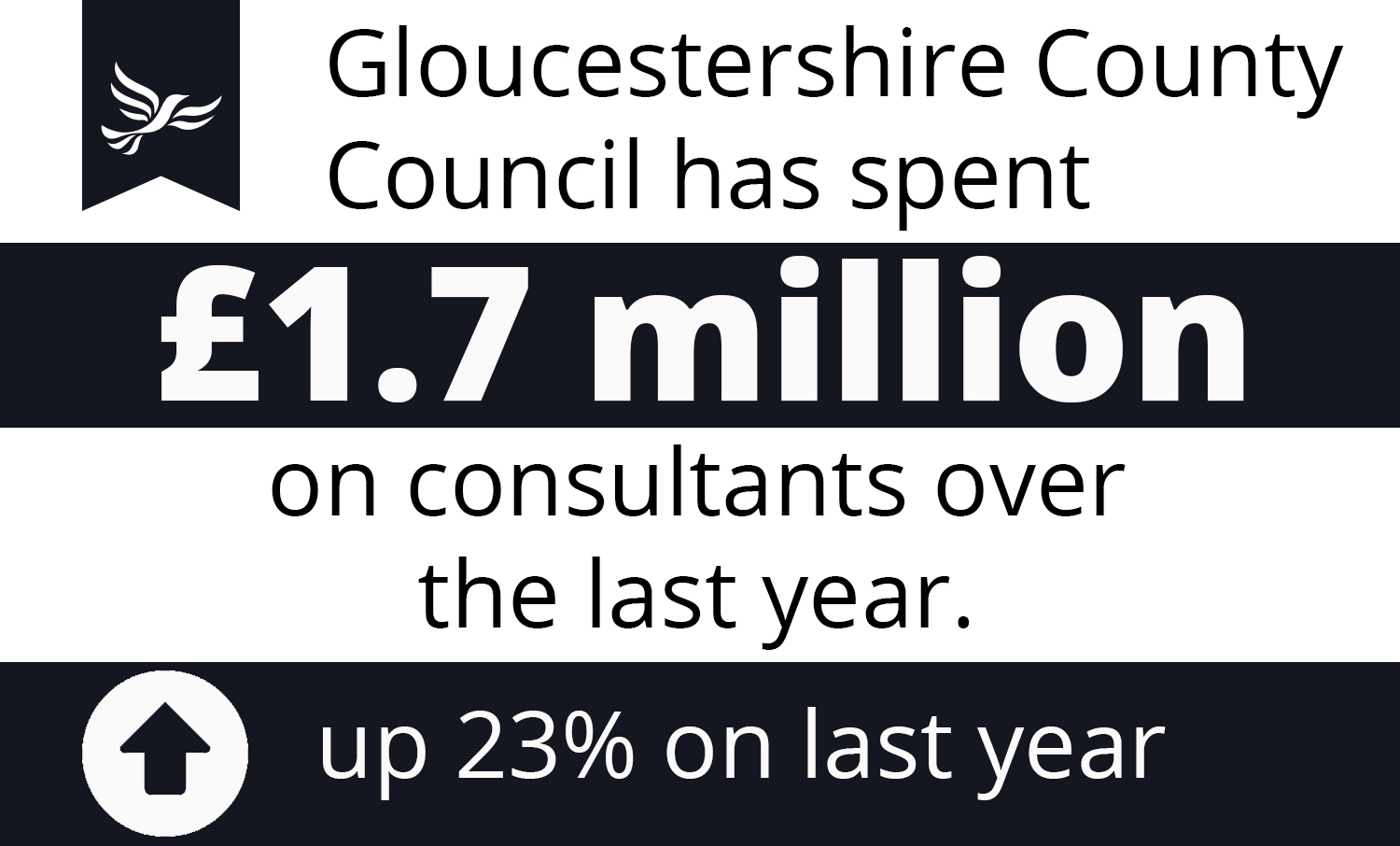 Liberal Democrat councillors have expressed their concern after it was revealed that Gloucestershire County Council's spending on consultants has increased by a quarter compared to the previous year.

Following questions to the County Council’s Conservative Cabinet by Cllr Paul Hodgkinson, Leader of the Liberal Democrats, it was revealed that spending on consultants rose from £1,327,372 in the year ending 31 March 2017 to £1,712,833 in the same period this year - a staggering rise of 23%.

"At a time when the County Council is under extreme financial pressure and cutting vital services, spending on consultants should not be going up and certainly not by a quarter. The Conservative administration cannot on the one hand say they have been forced to cut services like public mental health because there is a lack of funding and at the same time increase spending so much in areas such as this.

“Residents will be shaking their heads in disbelief when they see potholed roads left in a dreadful state but this kind of money being handed out to consultants.

“The question is why is so much money being spent on people who often come at higher one off costs than employed staff?

"This use of consultants needs to be brought under control and scrutinised to assess whether this expenditure is really necessary. Liberal Democrat county councillors are calling for the County Council to confirm that this is a one off blip and that spending on consultants will go down next year.

“Council bosses should focus on providing value for money for Gloucestershire residents whilst reducing unnecessary costs".