Ukrainian refugees welcomed to the Cotswolds

Two Ukrainian young women have been welcomed to the Cotswolds but their hosts have been beset by bureaucracy and delays. 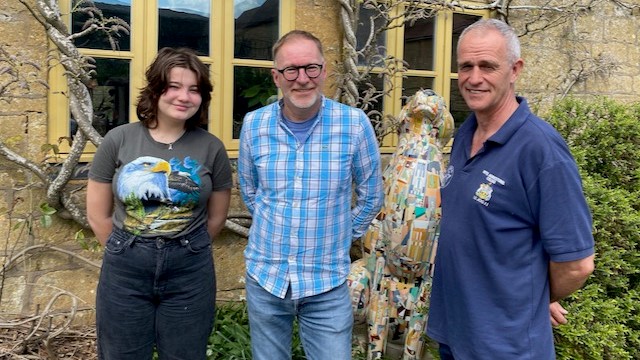 Cllr Paul Hodgkinson met one of the two refugees, Katya, recently and interviewed her on his Cotswolds Radio show. He said it is really important that the County Council gets a process in place which is much quicker so that generous hosts get a more responsive service.

He added that the host Mr Tim Dee, who lives near Chipping Campden, and his family have gone out of their way to provide a special and inviting home to two Ukrainian young women in the north Cotswolds.

“I have met one of them – Katya – who is 15 and is now attending Chipping Campden School. She is an articulate person who has come from the most challenging of circumstances in her home country.

“Yet the hosts have been beset by delays, bureaucracy and have still not received the much promised welcome payment which both the County Council and the Government has been pledging. It is now two months since the two young women arrived in Tim’s home. This is not the way to treat hosts who are doing the right thing."

Katya (pictured) is doing well at school and has now found some work in a local business.

There are now over 500 Ukrainian guests in Gloucestershire.