Want to ask the council an urgent question? Put it in writing!

The Conservatives at Shire Hall yesterday voted to stop people asking questions on the day of council meetings. 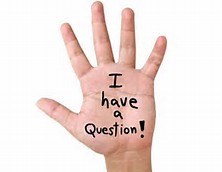 The decision to change the current set up for 'oral questions' was made at the County Council’s Constitution Committee. That’s the body which recommends how the Council operates.

Up until now, members of the public have been able to turn up thirty minutes before the start of a council meeting and ask any question related to council business. Recently questions have been asked about the controversial incinerator, the pay freeze for public sector workers and cycling.

Now, all five Conservatives on the committee have voted to change the deadline for asking oral questions to 12 noon the day before a council meeting - but only if it is deemed ‘urgent' by the Council’s Chairman. If it’s not urgent then you’ll need to put it in writing a full 7 days before the council meeting!

Conservative councillors claimed that they didn’t have enough time to be able to answer questions properly.

This was challenged by the Lib Dems and Green member on the Committee who voted against the proposal, calling it ‘anti democratic’.

Leader of the Liberal Democrats, Cllr. Paul Hodgkinson (Bourton & Northleach), voted against the move and says it comes at the worst possible time:

“Shire Hall has been rocked by an appalling OFSTED report into children’s services this year. That report criticised the culture and recommended more openness. What we’ve seen today is a decision which flies in the face of that. It’s a resident’s democratic right to ask questions and this change is certainly not in the spirit of the Council being accessible to everyone.

"The ability to ask verbal questions on the day of full council provides a great deal of flexibility for members of the public. If something is urgent you need to be able to come in and ask it. People live busy lives and with the advent of social media and 24/7 rolling news we all expect quick responses. This is the era of instant news not snail mail.

“The current system provides an opportunity for anyone across the county to come along on the day of council and ask a question that they feel is important to them after the deadline for submitting questions in writing has passed.

“In making this change the Tories are abusing democracy and getting rid of the things which irritate them. Cabinet Members get paid a special responsibility allowance of £18,000 a year and therefore should be able to think on their feet at short notice.

“This is Gloucestershire, not North Korea."

The decision taken yesterday will now be debated at the next County Council meeting in December. If it is agreed, members of the public will then need to submit an oral question by 12 noon the day before a Council meeting if it is urgent. Written questions remain unchanged in that they need to be submitted 7 days in advance of a Council meeting.